Interpretive text
This work speaks directly to Foley’s impressive 9-metre tall weathered steel Mangrove cap 2009, already held in the Mackay Regional Council Art Collection and located beside the mangrove banks of Sandfly Creek Reserve, Mackay. Mangrove seeds are a symbol of the artist’s Badtjala identity, the traditional custodians of K’gari (Fraser Island):
“While living at Booral, Hervey Bay, my extended family would go out on to the mud flats and hunt and gather oysters, periwinkles and mud crabs. For me it was a treasure trove – I’d collect flotsam and jetsam washed up from high tides. I’d bring home turtle bones, dugong bones and various parts of mangrove seed-pods.” -- Fiona Foley quoted in Louise Martin-Chew, 2010
In Mackay and the Fraser Coast, mangrove trees provide essential ecosystems for bays and rivers. In tying the mangrove into Foley’s family memories and more recent visits to the island she also draws the object in to her Indigenous identity. The phrase flotsam and jetsam—flotsam being the passively occurring items from sea vessels found floating in water, while jetsam are the purposely discarded objects—draws out notions of being both cut adrift as well as discarded, which positions the mangrove seeds as allegorical tools to discuss the Badtjala people’s displacement and past and present obstacles for their custodianship over their country

[ARTIST BIO] Fiona Foley was born in Maryborough, Queensland in 1964. She completed a Certificate of Arts at the East Sydney Technical College in 1983, during which she was a visiting student to St Martins School of Art, London. From 1984 to 1986 she undertook a Bachelor of Visual Arts at Sydney College of the Arts, and in 1987 she completed a Diploma of Education at the Sydney Institute of Education, Sydney University. Throughout her career Fiona has taken an active role promoting indigenous identity and was co-founder of the Boomali Aboriginal Artists Cooperative, Sydney in 1987. In 2003, she was appointed Adjunct Professor at Queensland College of Art, Griffith University. In 2004, Foley completed an International Studio and Curatorial Program residency in New York, and has since also been resident artist at the University of Wollongong (2006), Sydney College of the Arts (2006) and Redgate Gallery, Beijing (2010). In 2010, Foley created a new body of work for the 17th Biennale of Sydney. Foley attained a PhD through Griffith University, and was a Postdoctoral Fellow at the university from 2018-2019. Foley continues to work on projects, including sculptural commissions and installations, in Australia and overseas. Artspace Macaky, 2020 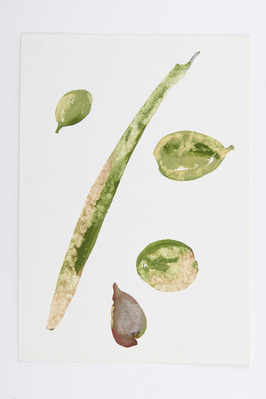